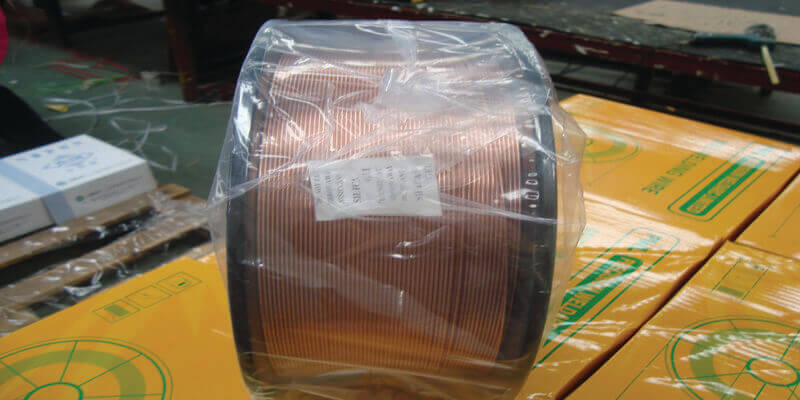 Metal Inert Gas (MIG) welding or Metal Active Gas (MAG) welding is a semiautomatic or automatic arc welding process in which a continuous and consumable wire electrode and a shielding gas are fed through a welding gun. A constant voltage, direct current power source is most commonly used with GMAW, but constant current systems, as well as alternating current, can be used. There are four primary methods of metal transfer in GMAW, called globular, short-circuiting, spray, and pulsed spray, each of which has distinct properties and corresponding advantages and limitations.

Originally developed for welding aluminum and other non-ferrous materials in the 1940s, GMAW was soon applied to steels because it allowed for lower welding time compared to other welding processes. The cost of inert gas limited its use in steels until several years later, when the use of semi-inert gases such as carbon dioxide became common. Further developments during the 1950s and 1960s gave the process more versatility and as a result, it became a highly used industrial process.

Today, GMAW is the most common industrial welding process, preferred for its versatility, speed and the relative ease of adapting the process to robotic automation. The automobile industry in particular uses GMAW welding almost exclusively. Unlike welding processes that do not employ a shielding gas, such as shielded metal arc welding, it is rarely used outdoors or in other areas of air volatility.